It is a fact that design is all around us and everything man-made was designed, MEDS focuses everything on design. Design makes ideas tangible, it takes abstract thoughts and inspirations and makes something concrete. The idea of MEDS is to share knowledge about design, to learn the design process, from small objects to large projects, to share experience, to improve creativity, abilities and communication between students from many design disciplines. Different people, different cultures, different languages and different design departments will be joined in one place, to new and fresh ideas.

MEDS is organised each year in different country. With an aim to spread this idea over the Europe. Organization team consist of students which want to represent their contry as an MEDS team. They send proposal to the founder of the organization. When proposal is approved, they can start with organization. Team decides about subject, place of the workshop, program, conference, etc...

Each student can apply as an tutor. Tutor has to make a project based on selected theme and send it till specifed date. MEDS team will choose best ideas and announce them as winning projects. Tutor’s obligation is to make a presentation of his project and represent it at conference on the begining of workshop. Participant will be separated in groups, 15 students per project. Tutor is the leader of the group, but he has to be opened for other ideas and improvement. Main aim of the workshop is group working, improving, redisegning and developing the project.

At the end of the workshop each group has to make a short presentation about their project. From principal idea to final result. They will represent it in public, with open debate after it. When workshop is finished, next event’s place will be announced.

No posts.
No posts.
Home
Subscribe to: Posts (Atom) 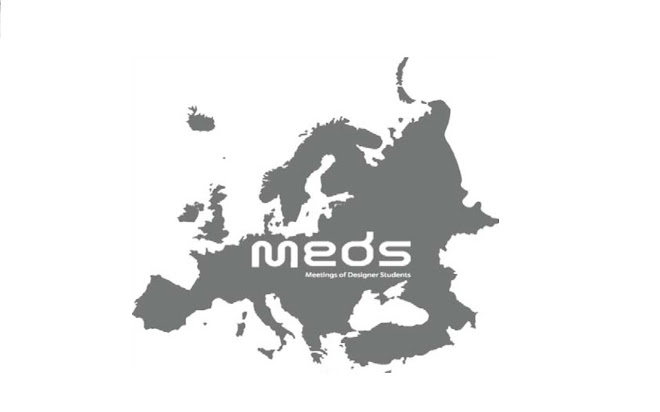 Global Green
MEDSdublin2014 is an international interdisciplinary design workshop which will be held during the first two weeks in August of 2014 in Dublin, Ireland. 250+Students from across the world will converge on Dublin with the aim of contributing through a creative medium to the local community. We aim to do so in an efficient environmentally friendly manner through temporary and possibly permanent interventions.

We react to everything around us and, sometimes, we cannot even control our reactions. It is this immediate capacity (to respond when facing something) that allows
us to take a stand and, together with our principles, to form an opinion and act accordingly. Even for the smallest piece of art/design, the perception that we, who observe it, have from it and the way we reconnect all its elements/parts is as important as its process of manufacture or its meaning. Probably, the piece’s purpose would never be fulfilled without this last step: being perceived by someone. And it is this
relation between the individual and the object that will eventually start a new reaction.
How many times did we feel inspired by a master-piece? Or felt the will to act and do
something? Or changed our awareness of the world?

If we grow to the scale of the city, we’ll recognize that the reinvention is also present in it. It has always been! Looking through history, we will find many situations in which
buildings, structures or places were refurbished, demolished, substituted, changed function and, many times, even identity. Even though Lisbon is the capital, it still preserves a distinct lifestyle. Its typical neighborhoods (each one with its
characteristics and particularities) emphasize its genuineness, which we can also find in the traditions, the popular festivities and the gastronomy. From the contrast between the old and the new, different places (in time, style and function) arise.

The REACTION intends to reflect and act upon the city’s small scale problems. For that purpose, an area of the city was chosen: the Graça hill. The process firstly consists in
finding (in Graça) spaces that need to be renewed; then, identify the questions they arise and propose a tangible solution/intervention that can be designed and
constructed/performed during the event. Each action will be an approach to a place problem with the objective of creating a new function/meaning, to give back the chance to live to that place.

Nowadays, inside the neighborhood, there are locations that don’t create community and are not important elements in the creation of identity. In the other hand, the community itself seems to ignore spaces with a lot of potential, which are not explored. It is not only the places’ fault for not having quality to attract synergies that would make them something with meaning, but it is also of a negligent population that does not take care of the places, abandoning them. It’s up to each one of us to decide if we want to be citizens or tourists. Living in the city means having the right (and the duty) of acting on it, changing our own neighborhood, while the tourists are merely
spectators. By the construction of structures, urban furniture, and other types of interventions and forms of art, the REACTION looks for the activation of forgotten / sleeping spaces, to stimulate the community and, as a catalyzer, to start a movement which will eventually remain in Graça. We can say that the true reaction only happens after the REACTION. This turns the time factor into something essential for the understanding of the workshop’s real dimension contamination.

The REACTION aims to promote the contact between the participants and the community, taking advantage of the city’s lifestyle and its bohemian life. Lisbon is certainly able to provide a unique experience. 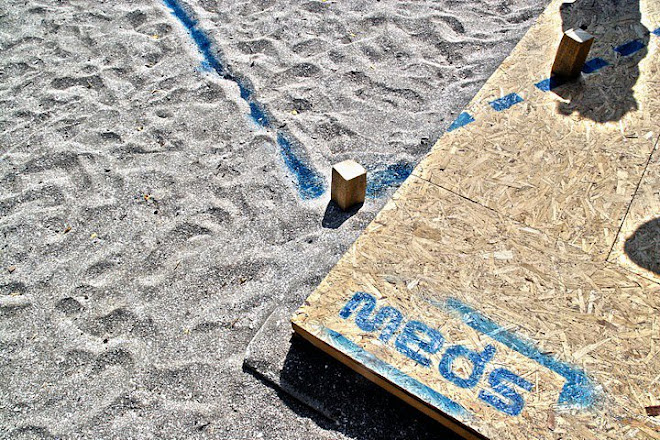 Meeting of Design Students, established in 2010 for the purposes of educating and gathering students of architecture and other design disciplines, was held in Ljubljana, Slovenia on 5-17 August 2012.

The capacity of MEDS 2012 workshop was increased to 250 students from all over Europe. The aim of the event is to share knowledge, ideas and experiences with students from many design disciplines.

The focus point of this workshop, chosen by MEDS organisation team, was SENSability. The theme considers several sense which are often neglected nowadays throughout the world.

The main focus of the meeting was the participation in workshops, of which there were 17 in total. Chosen by the MEDS organisation team' and 'during the workshop each group dealt with the issues of the focused theme. Groups consisted of 1-2 tutors and 10-15 participants.

Each group has been developed by different principles of working and confrontation with the theme. There were several projects based on construction and this year's new approach of photography and fashion design workshops. Several materials were used on this workshop. Projects were made of OSB, MDF, Plywood, textile, cardboard, plexy glass, steel and etc.. Each group project has developed by using different principles of both working, and confronting with, the theme and participants had an opportunity to gain new skills

The results of the workshop were several different projects placed in different spots in Ljubljana. The purpose was to confront public audiences with the main idea of each project and to attract them for publick use. 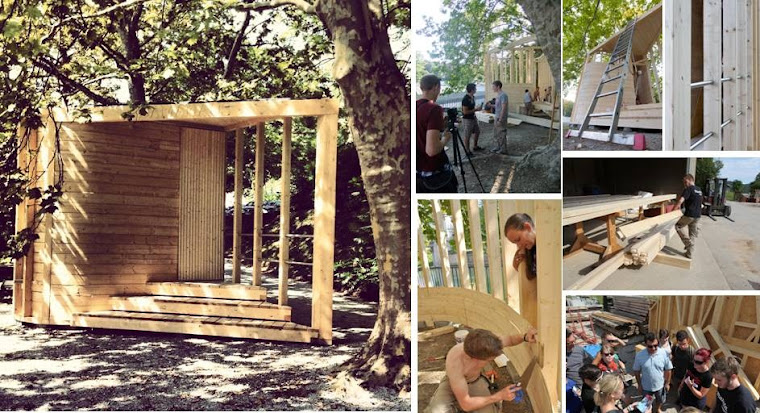 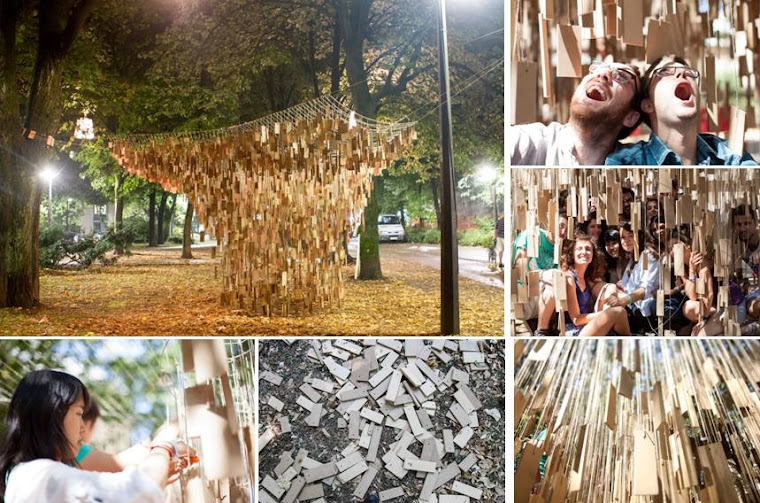 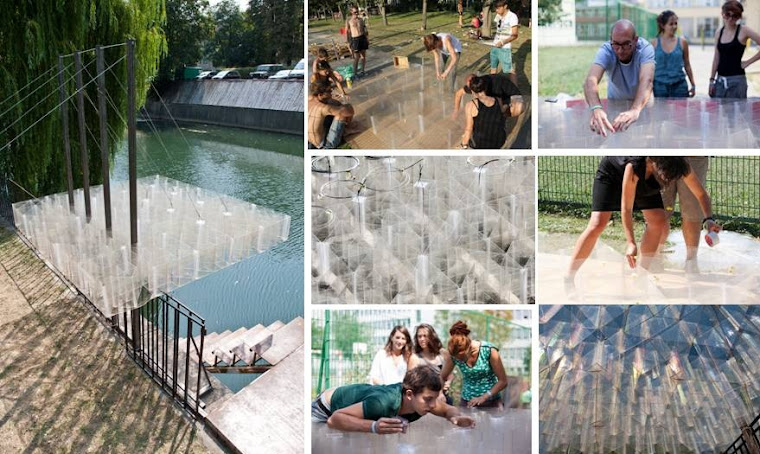 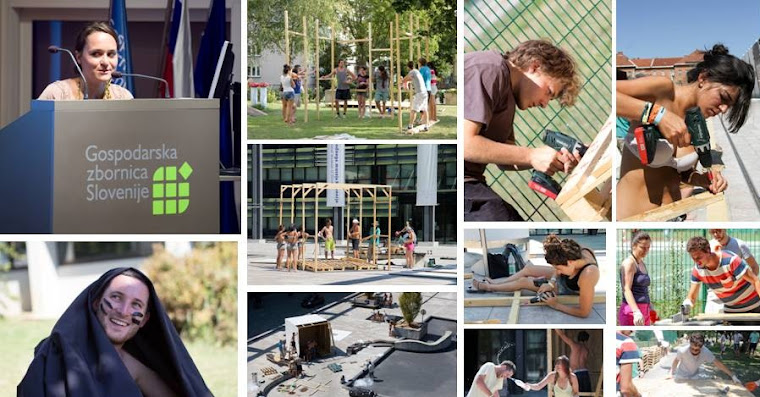 A ROOM WITH A VIEW 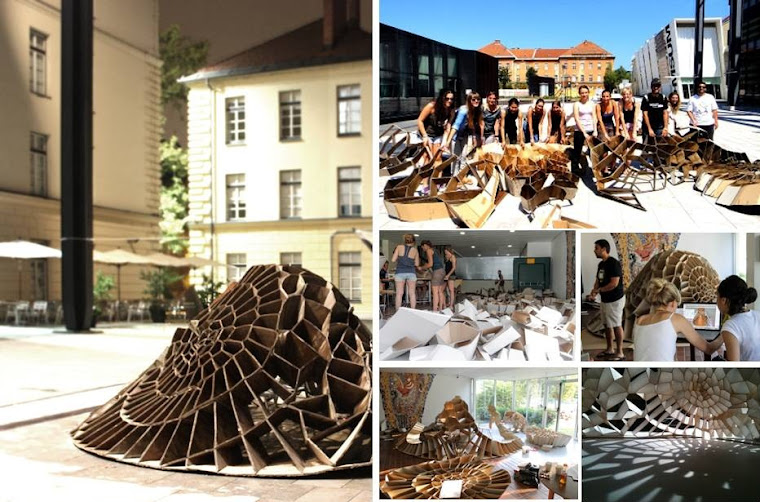 A CONVERSATION OF SPACE 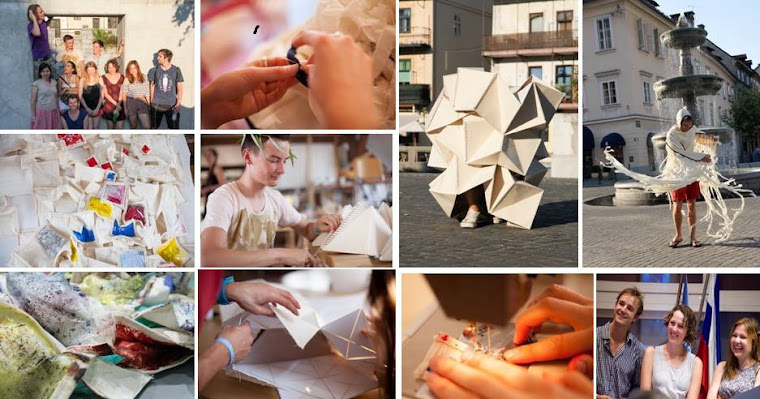 A SPACE WITH ONE WALL 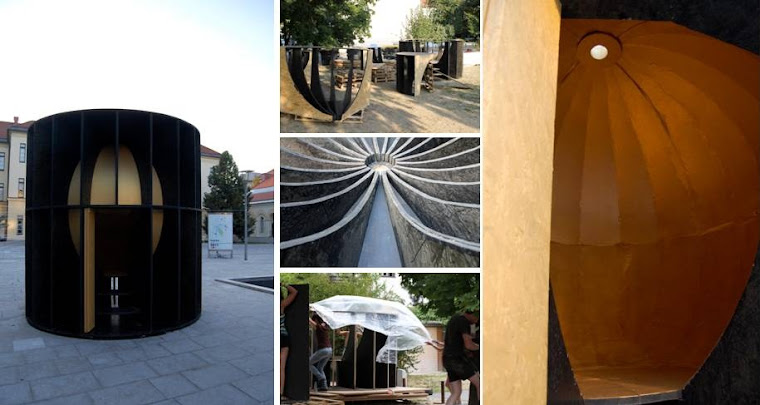 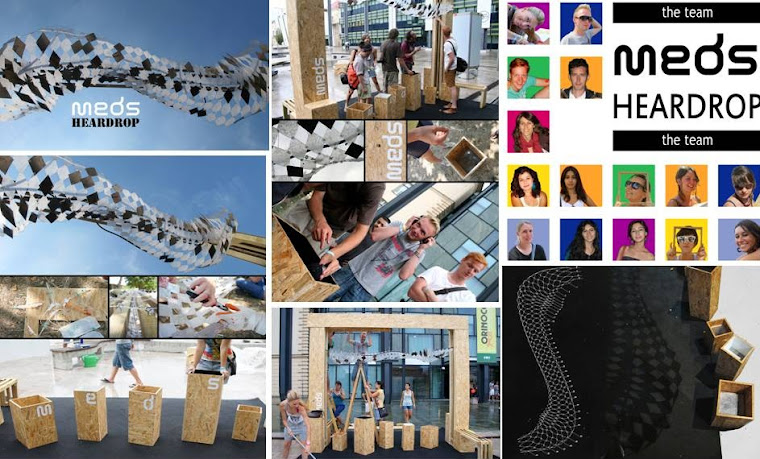 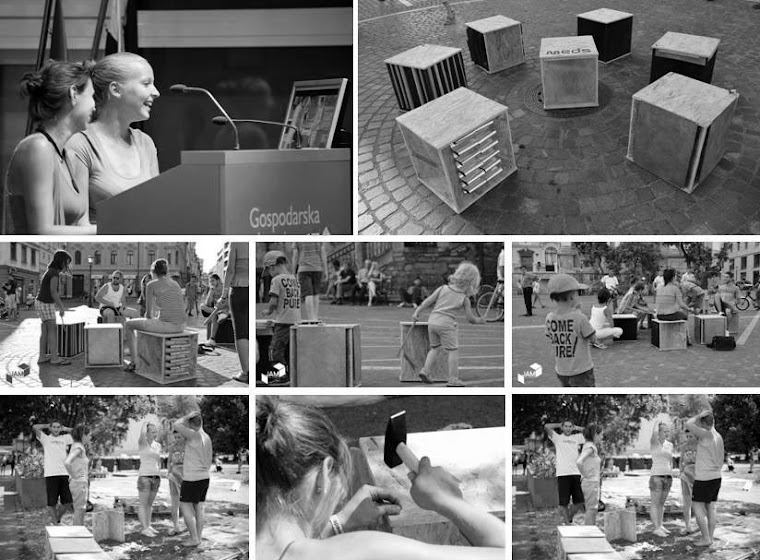 LET YOUR EAR BE YOUR COMPASS 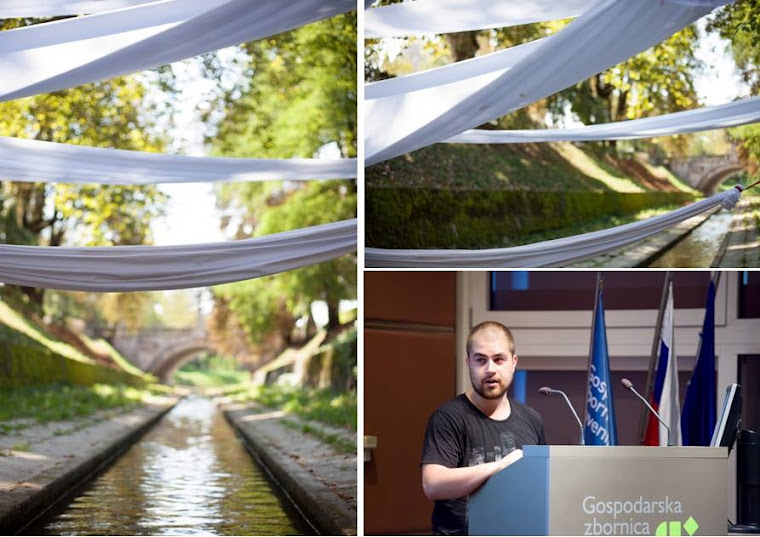 THROUGH THE DIGITAL EYE 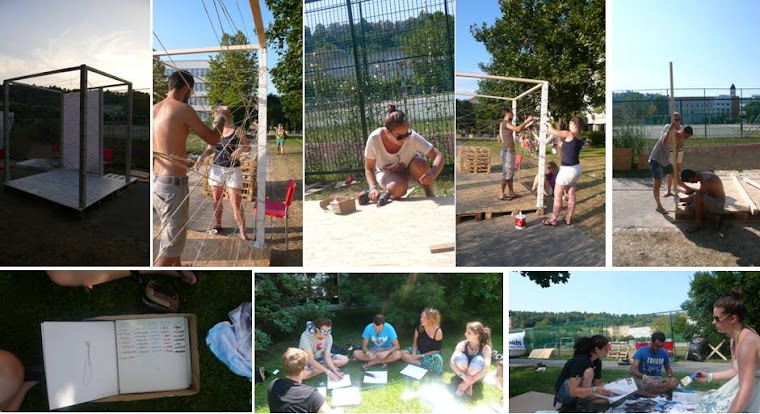 GET LOST, GET FOUND 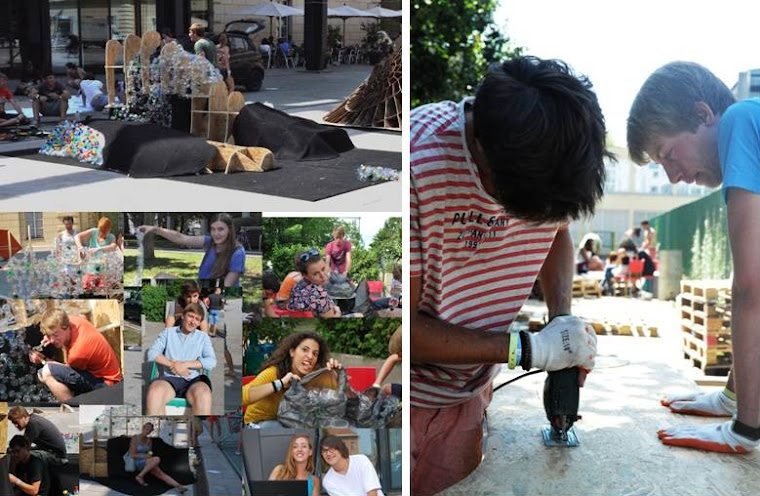 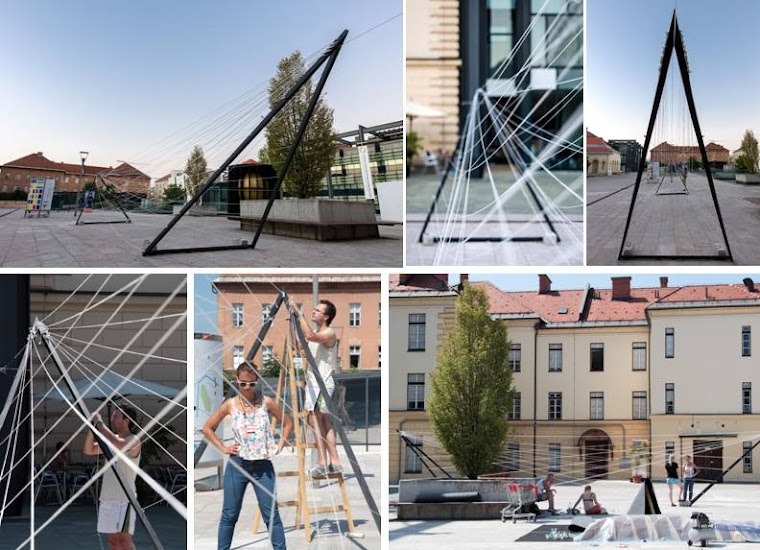 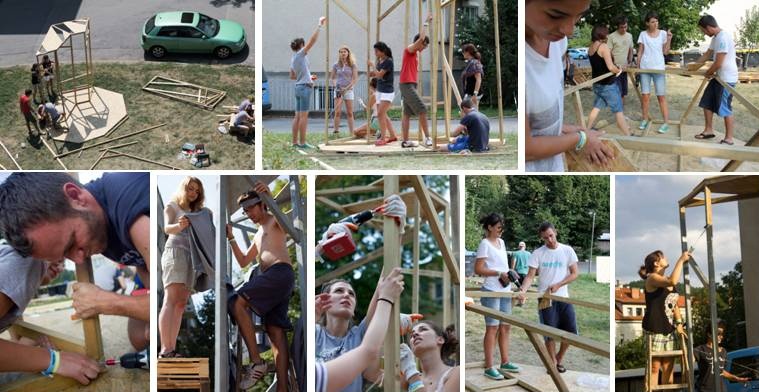 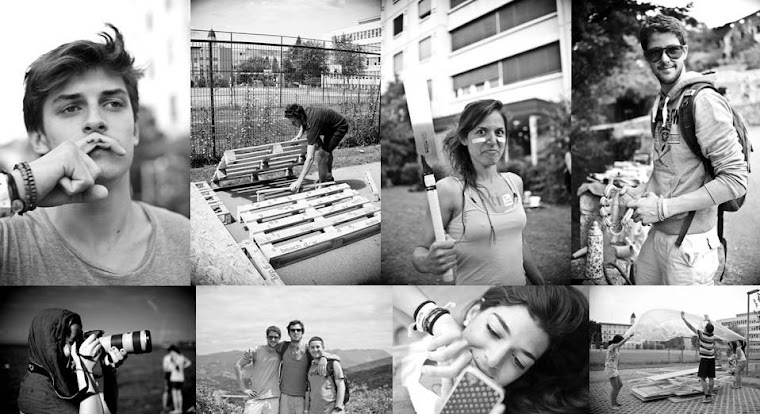 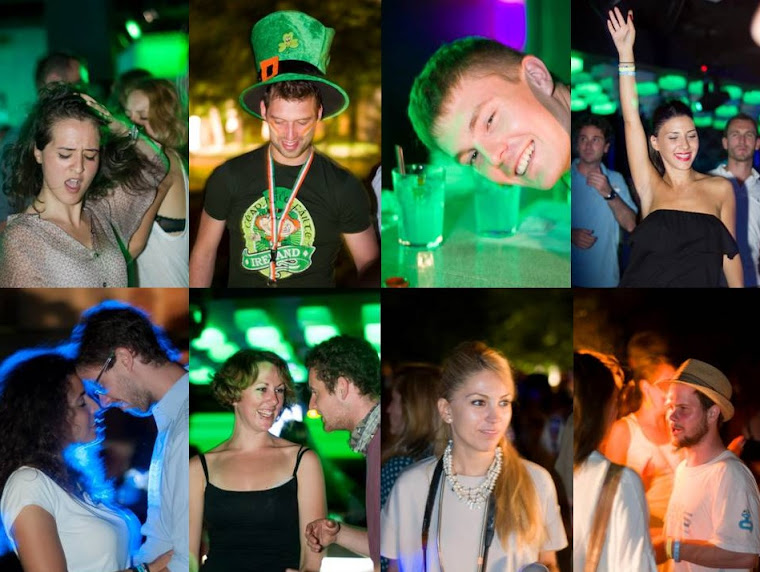 Second MEDS workshop was held at the beginning of August in Istanbul. For 12 intense days, 150 students from an array of design backgrounds worked, talked and camped together for an event that concentrates on the sharing of design ideas across disciplines, traditions and cultures from all over the Europe.

The main focus of the meeting was the participation in workshops, of which there were 8 in total. This year the theme of the workshops was the juxtaposition of the continents of Europe and Asia within Istanbul city centre. The contrast of culture, history, geography, to name a few factors, was analysed by tutors who formed their workshops around these respective variables. Each participant was then able to chose their workshop on the first day of the MEDS event. 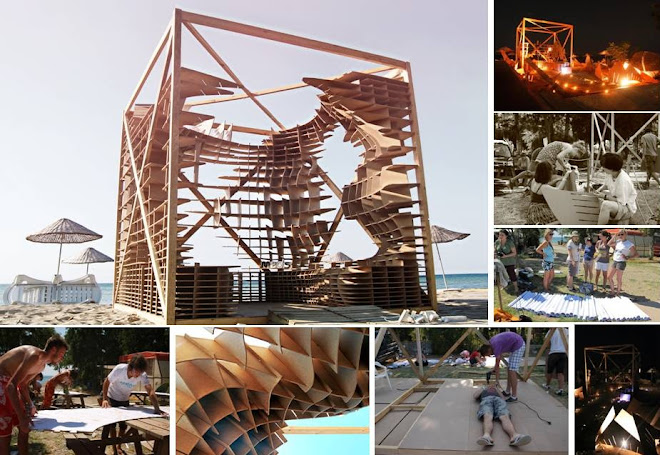 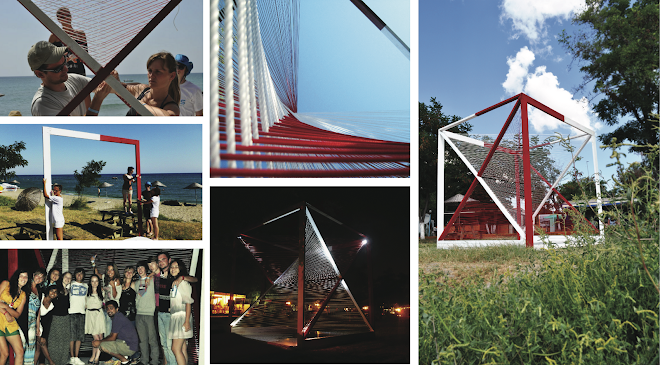 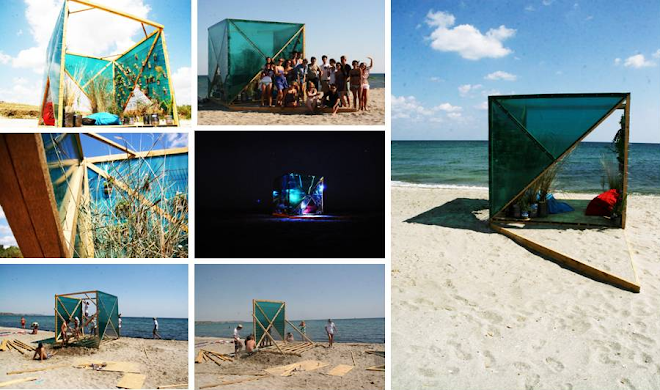 Whereever You Are, You Can Always Reach The Moon With Tip of The Toe 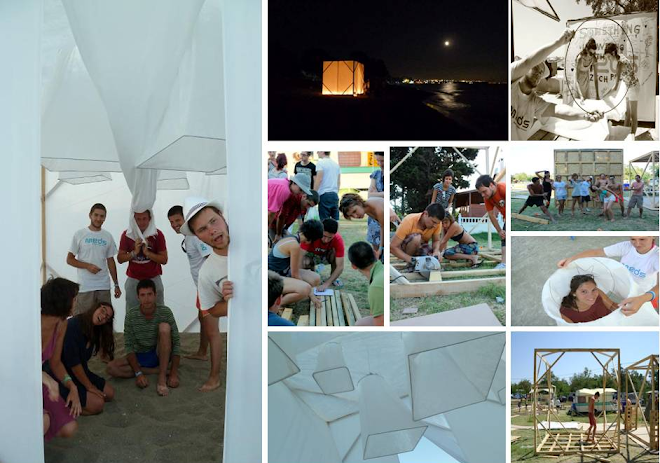 Ex-Change The Ideas of Urban Spaces 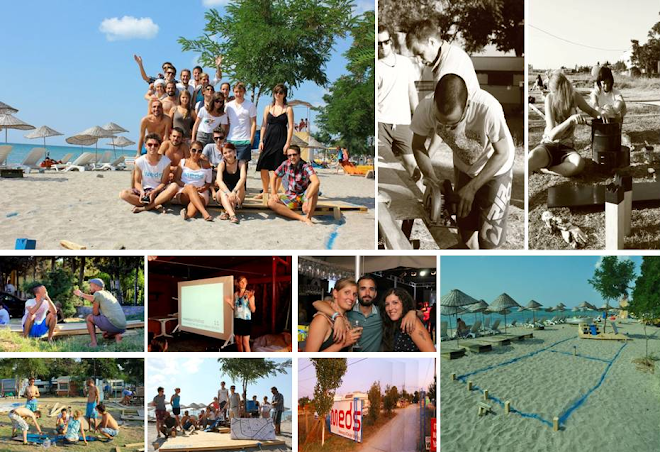 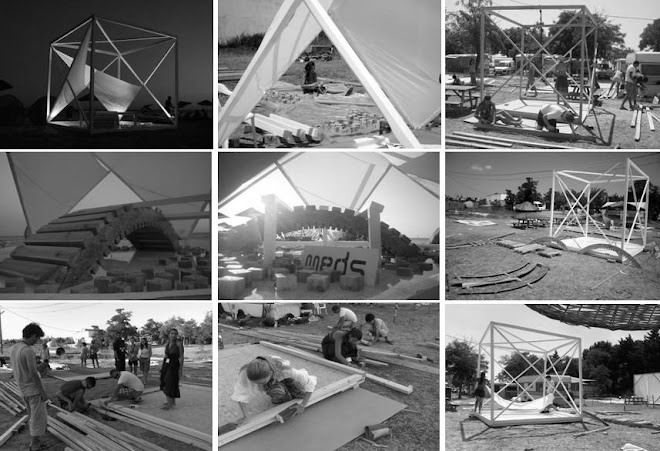 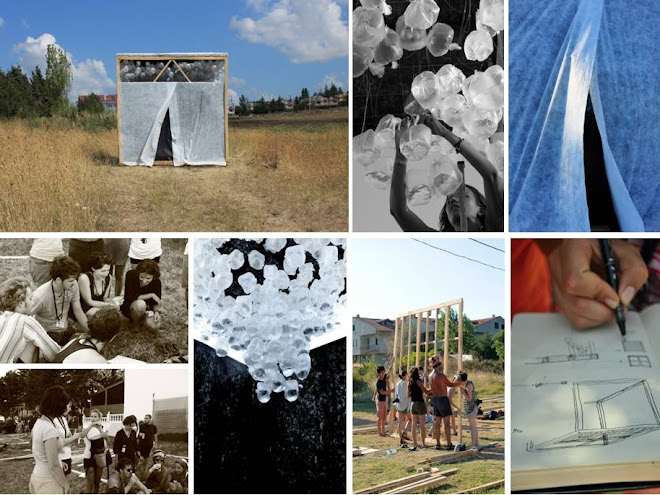 MEDS Alanya 2010 was organised in the second week of July, with the inspiration of Alice in Wonderworld. Subject was based on the story with consideration of students personal vision of it. Alice in wonderland transformed to Alice in design land. Event was limited with 100 participants , which were selected by a competition. The participants who wanted to attend as a tutor in workshop, applied with their suggestions. Four projects were choosen after the result of competition. Three of them were designed as an construction instalation, and the last one was based on recycled materials and objects made by sand. During this workshop also various conferences and architectural tours were arranged. 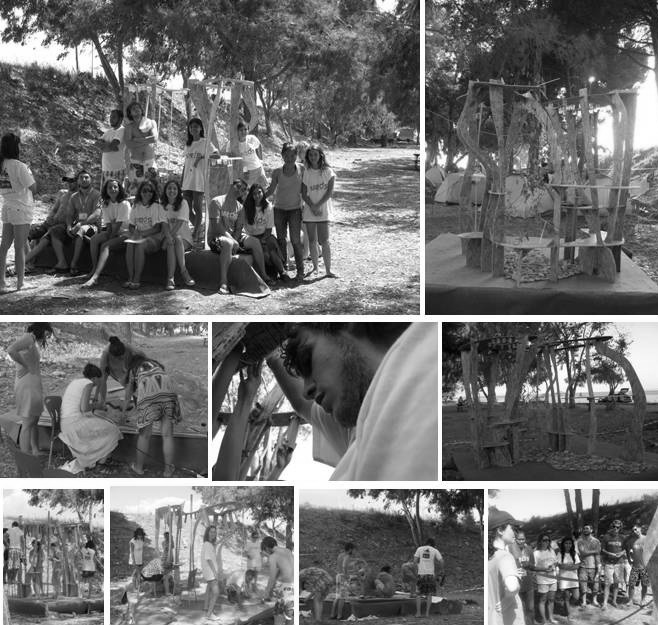 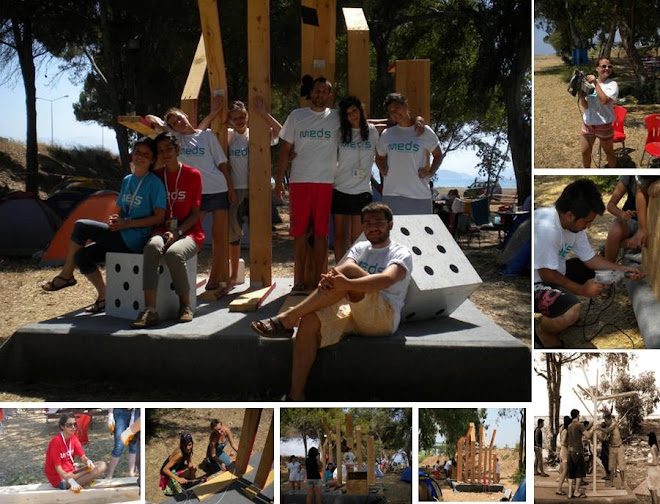 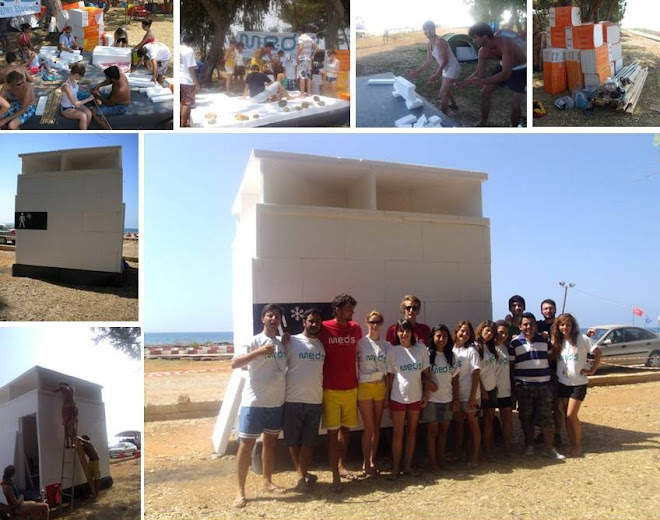 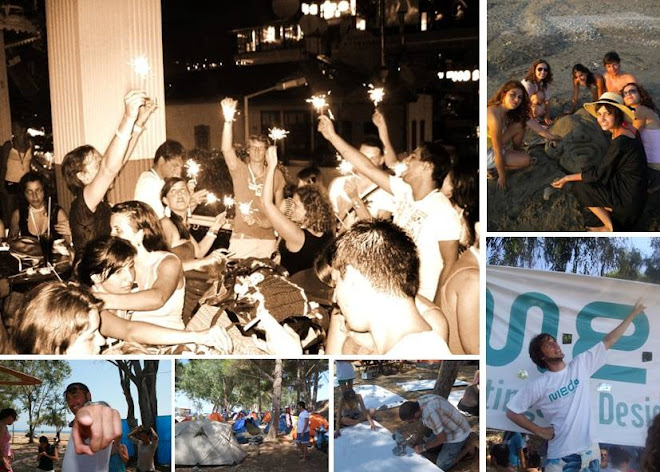 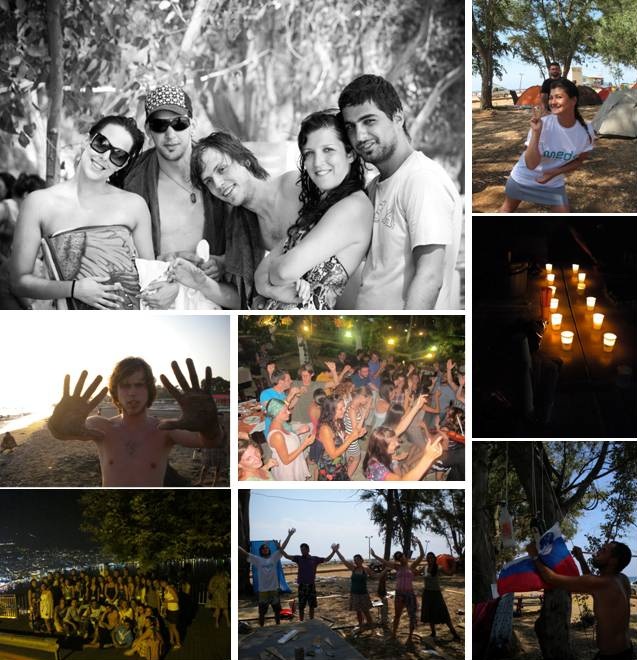 MENC is a meeting for MEDS Team and all MEDS NC's. Each year is held in different country to join whole MEDS Team together. It is organized to discuss about MEDS progress, events, workshops, future working, etc..
All NC's should attend this meeting represent their country. If NC for some reason can't participate, s/he should find his replacement to report about work and progress. Aim of MENC is to improve MEDS as an organization and to share ideas for forthcoming events.
MENC encourage working as a team together and enjoying in MEDS Team.